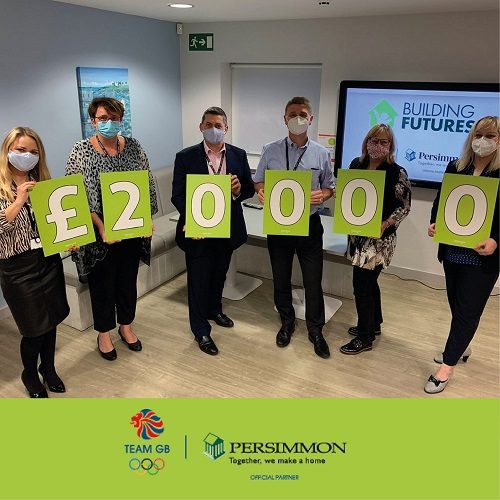 A Chorley charity has scooped £20,000 as part of a leading housebuilder’s hugely successful charity campaign supporting under-18s across the nation.

The hospice enables children and young people, whose lives are too short, to make happy memories in an environment of fun, respect, and high-quality care. It represented Persimmon Homes Lancashire in the final.

Sara Eltman, Corporate Fundraising Manager at Derian House, said: “We provide end of life and respite care for more than 400 children and young people with life threatening or life limiting conditions and their families from across Lancashire and the North West.

“As a registered charity, our hospice receives less than seven per cent of its income from statutory funding and we need to raise £4.8m this year to continue to deliver vital care and support to the families that need it most.”

Persimmon Homes has handed out more than £1 million in cash prizes to organisations across England, Scotland and Wales as part of the campaign. The first, second and third prize winners in each category were decided by a public vote with around 400,000 votes cast.

The winners were announced during a virtual event, presented by Dame Katherine Grainger DBE, chair of UK Sport and Great Britain’s most decorated female Olympian, alongside Persimmon Homes Group CEO Dean Finch. The final was watched live online by around 1,500 people.

Cumbria Development Education Centre and Eden Dodgeball Club also represented Persimmon Homes Lancashire in the final and were each awarded £5,000.

John Roocroft, managing director of Persimmon Homes Lancashire, said: “The Building Futures scheme has been a great success and a wonderful opportunity to celebrate the fantastic work of so many organisations supporting young people in our communities.

“We have been overwhelmed by both the response to the competition, and the hard work and dedication of those involved within all the groups and we are delighted that Derian House Children’s Hospice from our region was one of the big winners.”

During April and May, Building Futures also gave away £1,000 each to 128 organisations supporting young people in sport, education & arts and health.