David Walliams praised little girl’s book that raised £1,024 for hospice that looked after her baby sister 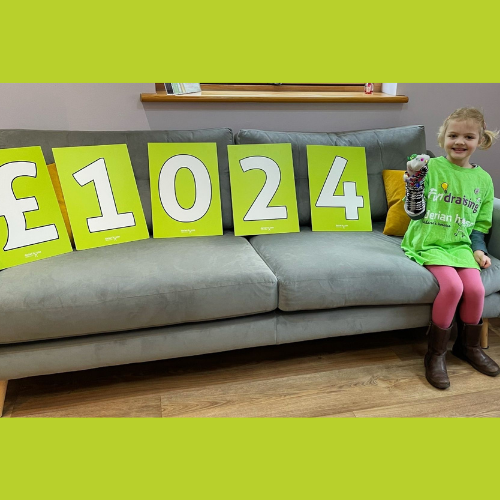 A budding author who raised more than £1,000 for a charity that looked after her poorly baby sister has been praised by her idol.

Six-year-old Evie Mayren, from Greater Manchester, wrote and published The Teeny Tiny Plumber to raise money for Derian House Children’s Hospice in Chorley after the charity cared for her family whilst her sister Martha spent time in intensive care.

Inspired by Britain’s Got Talent judge and award-winning children’s author, David Walliams, and the time she spent at Derian House with her family, Evie came up with the idea for her book during the summer holidays.

The book caught Walliams’ attention, and, to congratulate Evie, he sent her a signed copy of his own book Gangsta Granny.

Evie visited the Derian House this month to drop off her grand total of £1,024, which will go towards looking after Derian’s 450 families, like Evie’s, each year.

Evie’s mum Sarah, 36, who is a teacher, said: “When Martha was born she wasn’t breathing and spent five weeks in intensive care.

“Derian House stepped in and made us feel supported while also allowing us to spend time together as a family.

“Derian is full of some of the kindest, hardworking people I have ever met and we want to raise as much money as possible for this fantastic charity.”

The Teeny Tiny Plumber is about a little girl plumber who gets turned teeny tiny by a nasty witch and you can still get a copy for £3 by contacting fundraising@derianhouse.co.uk

Kerry Pritchard, Community Fundraiser at Derian House, said: “Well done to Evie who has not only written a brilliant book but who has also kindly chosen to use the money raised to help other families here at Derian.

To find out more about Derian House and the support they offer, visit: https://www.derianhouse.co.uk/