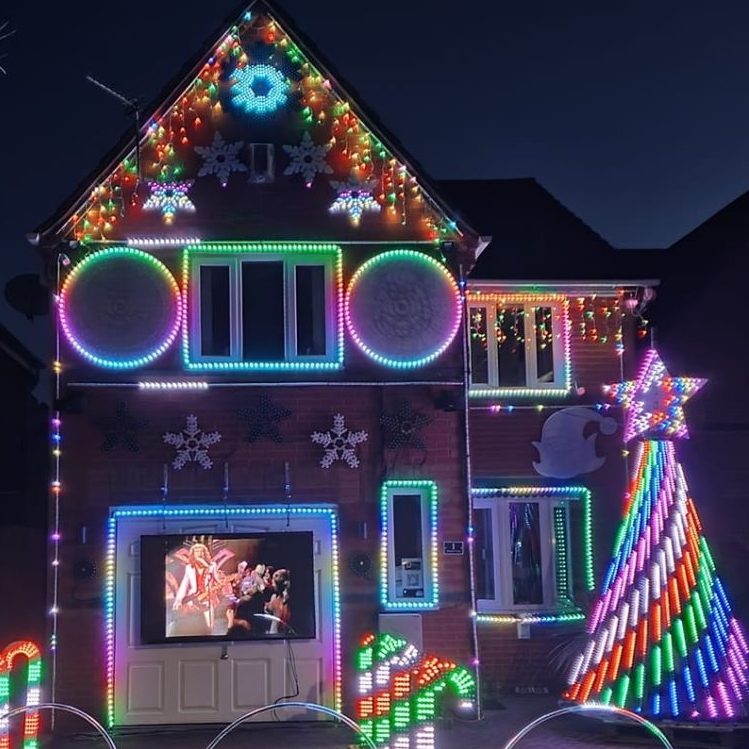 Christmas may be over, but the gifts keep rolling in for a Lancashire children’s hospice which has revealed it raised almost £13,000 from supporters’ festive fun.

A map of the displays across Lancashire, Greater Manchester, and even Wales, was created so families could go on a Deck the Halls tour and donate.

And they did in their droves. Now all the cash is in and counted, and the charity has revealed that donations soared beyond the £10,000 target, hitting almost £13,000.

The money raised will help Derian House look after 450 children and young people with life-limiting illnesses across the North West, and their families.

Paul Spann, from Westhoughton, single-handedly raised more than £3,000 for Derian House with his light show. He said: “This was our first year taking part in Derian’s Deck the Halls – and I’m so glad we did!

“Our light display used over 60,000 LEDs to brighten up our street and over 2,000 people came to see it throughout December.

“I created the show myself and it took almost a year to develop – it was a huge learning experience.

“We have some really supportive neighbours who brought their friends along to watch the shows. There was a great atmosphere – it was fantastic to see all the kids faces when the shows started.

“Thank you to the thousands of people that came by to see our show and donate to Derian House.”

Kerry Salmon, Community Fundraiser at Derian House, said: “This year’s Deck the Halls event has been a huge success and I just want to thank everyone who put in so much effort – we simply couldn’t have done it without you.

“It has been great to see communities come together, especially during another COVID winter, to switch on their lights and shout about what we do here at Derian.

“As a charity, we have been hit hard by the pandemic, with donations taking a huge hit because of cancelled events and the closure of our shops. This makes us even more grateful to everyone who took part and raised vital funds to help us care for our children.”

Although care for families is free, it costs Derian House Children’s Hospice £5million to run services every year, and with just 12 per cent of this coming from government funding, the charity relies heavily on the support of the local community.

You can read more about the event here.