Planner set to take the plunge for children’s hospice

HomeDerian NewsPlanner set to take the plunge for children’s hospice 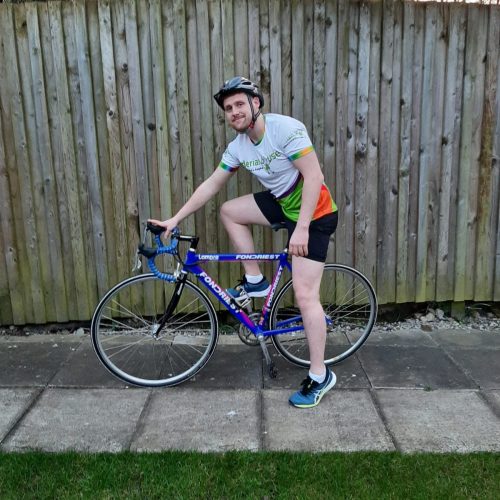 He hasn’t swum since primary school, but Kieran Blaydes is set to swim, run and cycle to raise money for a Lancashire children’s hospice.

Kieran, a senior planner for Kingswood Homes, is supporting the company’s charity of the year Derian House Children’s Hospice by taking part in the West Lancashire Spring Triathlon at Edge Hill University.

While he couldn’t match the generosity of his employer – Kingswood has gifted a brand new home worth £250,000 to Derian House to be given away in a prize draw – Kieran was keen to show his support.

Kieran, 27, who lives in Bamber Bridge, explained: “Through the Great Big House Giveaway everyone at Kingswood has become much more away of the fantastic work of Derian House in supporting seriously ill children and their families. I decided I wanted to do something myself to raise money for the charity.

“I have never done anything like this before. I used to play rugby a bit when I was younger, but I’ve never taken part in a triathlon.

“I’m looking forward to the run but I’m most nervous about the swim. Before the triathlon training, I hadn’t been swimming since primary school!

“My girlfriend is taking part alongside me. We’ve been quite competitive in training, but we’ll be cheering each other over the finish line.”

Kieran and girlfriend Sally will take part in the triathlon on April 24.

“We couldn’t do what we do without the kindness of our supporters, like Kieran and his colleagues at Kingswood Homes who go out of their way to raise vital funds so we can continue to provide care for our children and young people, and their families.”

You can support Kieran by donating via his JustGiving page.

Bundles of tickets for the Great Big House Giveaway start from just £5 for a chance to win a house at Kingswood’s award-winning Green Hills development in Feniscowles. There will be a guaranteed winner, to be announced at a gala ball at Hoghton Tower on September 17.

Find out more about the prize draw.

Tickets for the ball are available from £2,500 for a table of 10 from Julia.jeory@kingswoodhomes.uk.com