Walking All Over Walney for Children’s Hospice 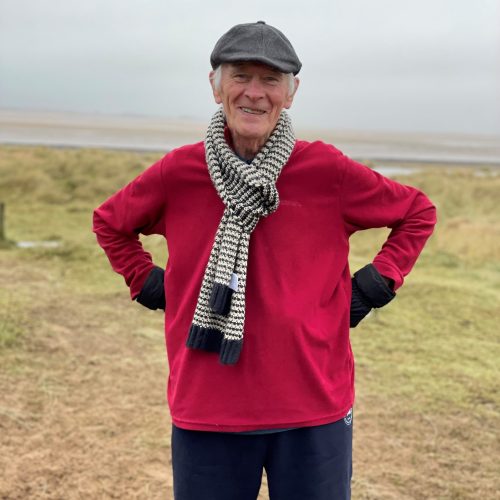 A GREAT grandfather from Cumbria has completed a heroic walking challenge and raised almost £4,000 for Derian House Children’s Hospice.

Ralph White, 75, took on a 10-day walking challenge to mark a decade of living with cancer.

He commenced his challenge just weeks after he had spent Christmas in the Christie Hospital recovering from a major operation.

With support from his loving wife, extended family – and a notable mention for Oscar the dog – Ralph trekked two miles a day, and even challenged himself in taking on an additional seven mile walk from his home in West Shore, Walney to Roanhead.

Ralph said: “It feels great to have raised so much for Derian House, it’s far more than we expected.

“We first became aware of the charity 10 years ago when a friend’s grandson became poorly and Derian House helped them out a lot. Ever since then we have supported the hospice.

“I am happy to have been able to raise awareness of Derian House and the fantastic work it does here in South Cumbria, as well as across Lancashire and Greater Manchester.”

The Chorley-based children’s hospice cares for more than 450 children and young people with life-limiting conditions, helping them to make the most of every moment.

He said: “Ralph is truly an inspiration and we are in awe of what he has managed to achieve, especially so soon after undergoing major cancer surgery.

“We are so grateful for the awareness that he has helped to raise for Derian House and it’s no surprise that he has become somewhat of a local celebrity – even Oscar the dog has been recognised out on their walks.

“The money Ralph has raised from completing this challenge is enough for four of our families to each enjoy a week’s holiday at one of our specially adapted Derian on Holiday Lodges, giving them precious time away together.”